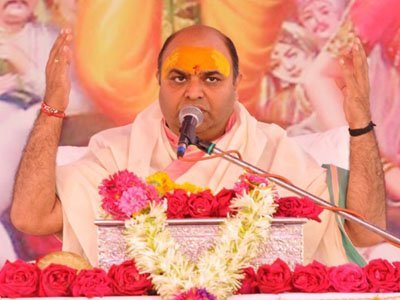 Acharya Sanjay Krishna “Salil” has been enlightening people of all walks of life by his clear diction and fluent discourse on the spiritual teachings written in ancient scriptures, a press release stated.Born in 1968 in Vrindavan in a very illustrious family, Dr Sanjay Krishna took his guru mantra from Chaitanya Sampradaya, learned the lessons of Shrimad Bhagwat from Pandit. Ramanujacharya Maharaj and was awarded PhD degree by the Agra University for his sincere work on Shrimadbhagwat.

Now he is fully devoted to the religious Vaishnava culture and spread the teachings of Shrimadbhagwat and Ramayana, the release added. He is also the founder president of Tulsi Ramayana Baghwat Peeth in Vrindavan. His devotion to Indian philosophy and culture is profound. His aim is to spread the Vedic culture and philosophy for achieving the ultimate goal of life, according to the release.